Past Concepts from Across Canada

Happy Canada Day!  I thought I'd celebrate this day by sharing some of my old concepts for various teams from across Canada, starting out west with Vancouver!
Vancouver Canucks: 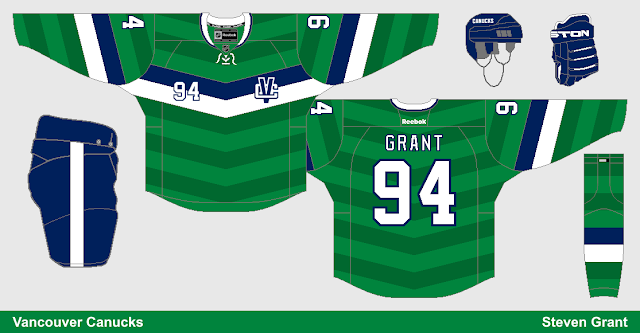 This Canucks concept was inspired by soccer jerseys.  The angled stripes are meant to be subtle V's.
Vancouver Giants: 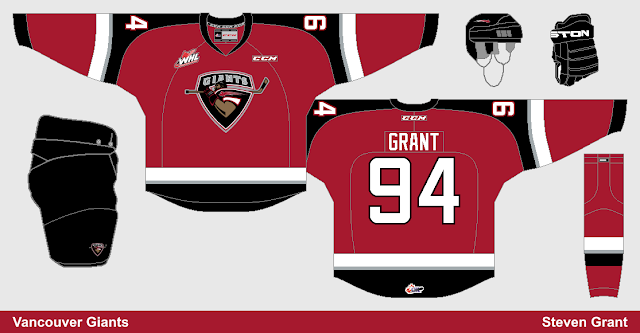 Next up we have a Vancouver Giants concept, which was my take on the Giants original jerseys.
Surrey Eagles: 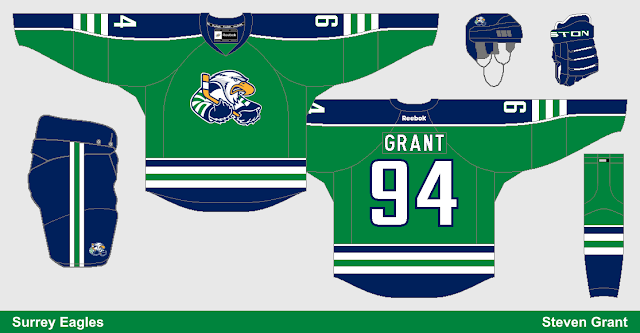 For this Surrey Eagles concept, I based the striping off of the jersey the eagle in the logo is wearing.
Abbotsford Heat: 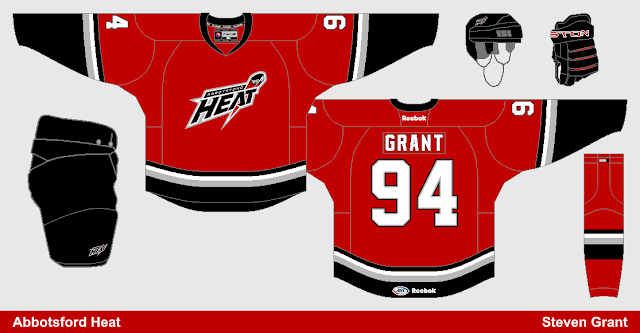 Looking back now, I could have been more creative with this Abbotsford Heat concept.
Chilliwack Chiefs: 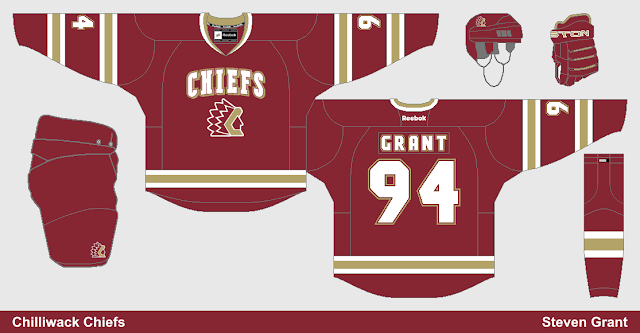 I went with a double sleeve-stripe design for this Chilliwack Chiefs concept, and used an angular font to match the angles in the logo.
Calgary Flames: 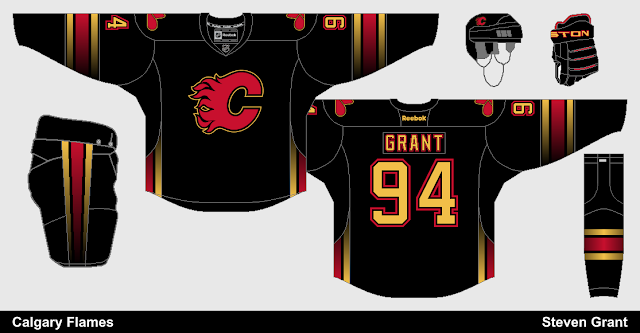 The gradients on this Flames concept are meant to look like flames.
Edmonton Oilers: 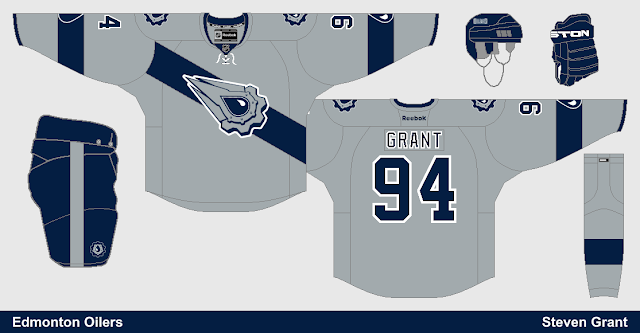 Here's a grey Oilers concept which uses their old "steel-drop" logo in front of a diagonal chest stripe.
Winnipeg Jets: 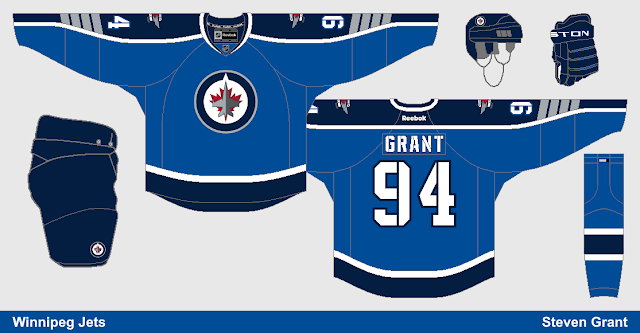 Moving on to Winnipeg, we have an aviator blue jersey with chevrons on the sleeves.
Manitoba Moose: 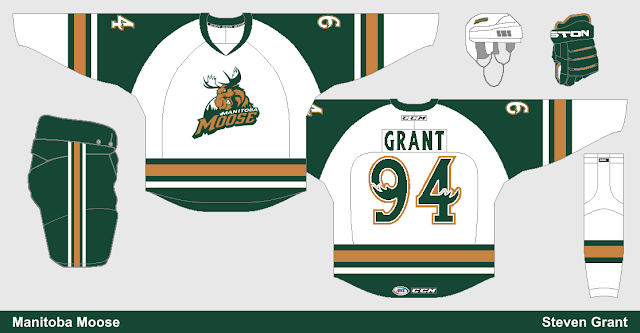 I simplified the old colour scheme of the Manitoba Moose for this concept.
London Knights: 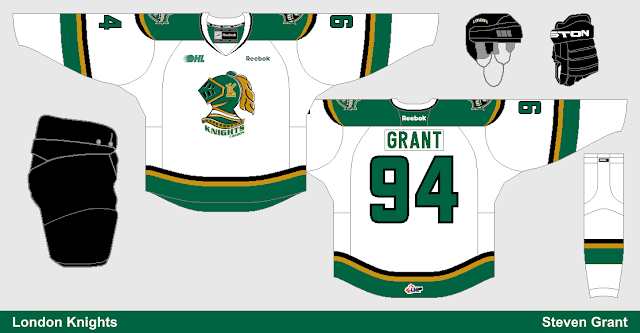 This London Knights concept uses stripes on the ends of the shoulder yoke.
Hamilton Tigers: 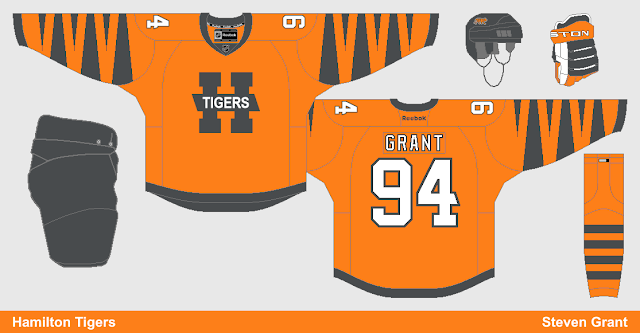 Tiger stripes were the theme of this Hamilton Tigers concept.
Toronto Maple Leafs: 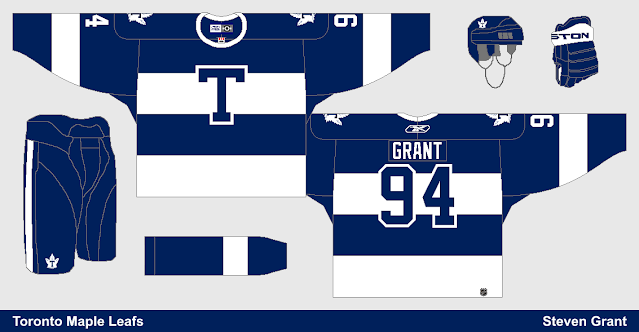 Here's a fauxback Maple Leafs concept which combines some of their old Toronto Arenas and St. Pats jerseys.
Toronto Marlies: 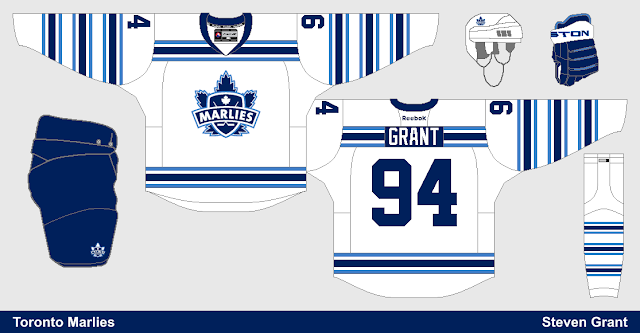 I used the Maple Leafs' 1930-34 jersey as inspiration for this Toronto Marlies concept.
Ottawa Senators: 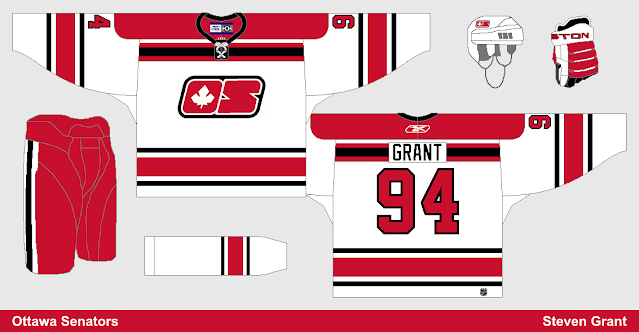 This Senators concept is based off of the logo and jerseys of the WHA's Ottawa Nationals.
Montreal Canadiens: 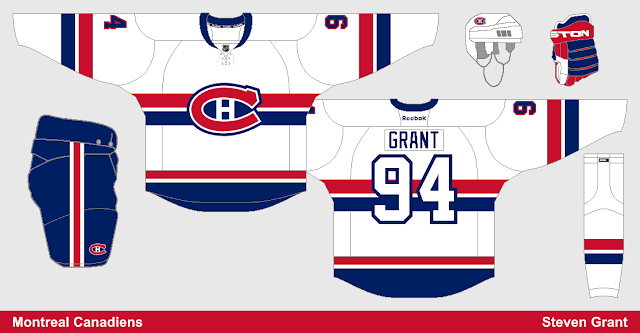 Next up is a Canadiens concept using a chest stripe on a white jersey.
Montreal Maroons: 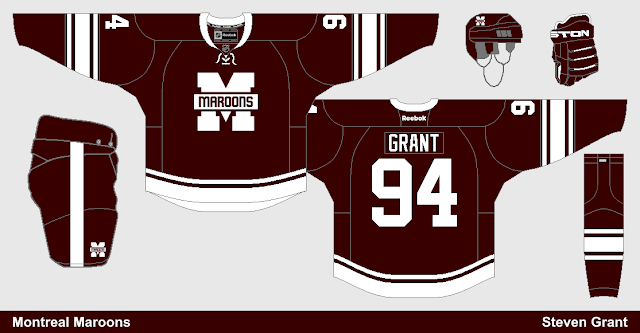 Also in Montreal, this was my idea of an update for the old Montreal Maroons.
Quebec Nordiques: 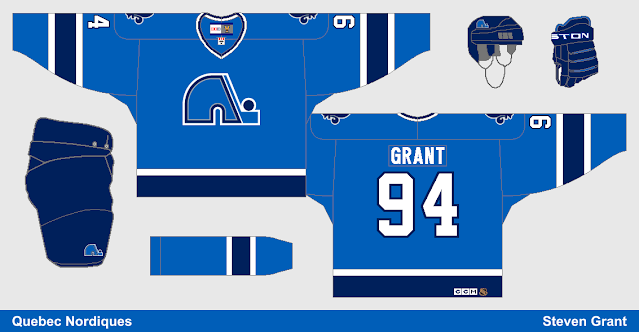 Last but not least, we have a double blue Quebec Nordiques concept which was part of my what if the Nordiques never moved set of concepts.
Thanks for visiting, and I hope you enjoy the rest of your Canada Day!
Posted by Steven Grant at 1:58 PM
Labels: Abbotsford Heat, Canadiens, Canucks, Chilliwack Chiefs, Flames, Jets, London Knights, Manitoba Moose, Maple Leafs, Maroons, Nordiques, Oilers, Senators, Surrey Eagles, Tigers, Toronto Marlies, Vancouver Giants