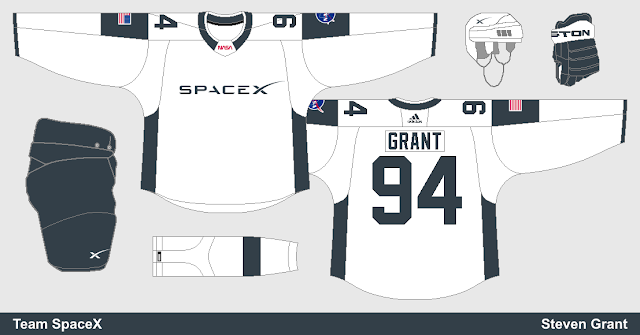 This SpaceX concept is based off of the launch suits worn by astronauts in the SpaceX Crew Dragon spacecraft. 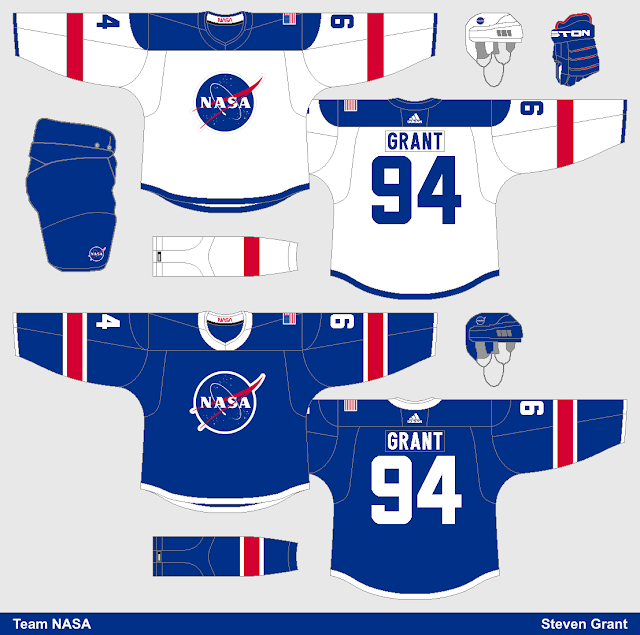 I made a NASA concept a few years ago, this is the same concept just on a different template.  The design is inspired by NASA's white spacesuits and blue flight-suits.

Last but not least, here's a video from 2014 in which NASA astronaut Barry Wilmore was wearing a Nashville Predators during his stay up at the International Space Station (ISS)!

Later this afternoon (at 4:33 pm EDT), NASA and SpaceX will be launching astronauts Bob Behnken and Doug Hurley up to the ISS (if the weather cooperates, if not there are back up dates on the 30th and 31st).  The coverage has already begun, so go check that out!
Posted by Steven Grant at 10:42 AM
Labels: NASA, Predators, SpaceX